If you’re a fan of Great North then this is like Christmas come early. We got a brand new album last year, and an excellent one at that, and now we get a bonus album!

The Caravan Recordings I is the first in a series of recordings offered by the Barcelona based label Son Canciones. They turned an old caravan into the control room of a recording studio and, in Hayden’s (Great North) words, “Took over a freezing Belgian mill over the course of four days.”

The mill was filled with old microphones, Hayden and Rachel Donnell and a duo of strings, and it captures Great North at its purest and most natural.

The Caravan Recordings I features songs off Great North’s previous albums, treated to new arrangements, including a personal favourite, ‘Casey Jones’, as well as a handful of new songs, or maybe they’re old songs never recorded.

The album sees Rachel take the lead vocals more than previous record. She opens the album with ‘Brilliant Blue’, one of the new songs. It’s like being taken back to a show at a folk club, with Hayden on piano and offering up those sweet harmonies that have become such an important part of Great North. ​ 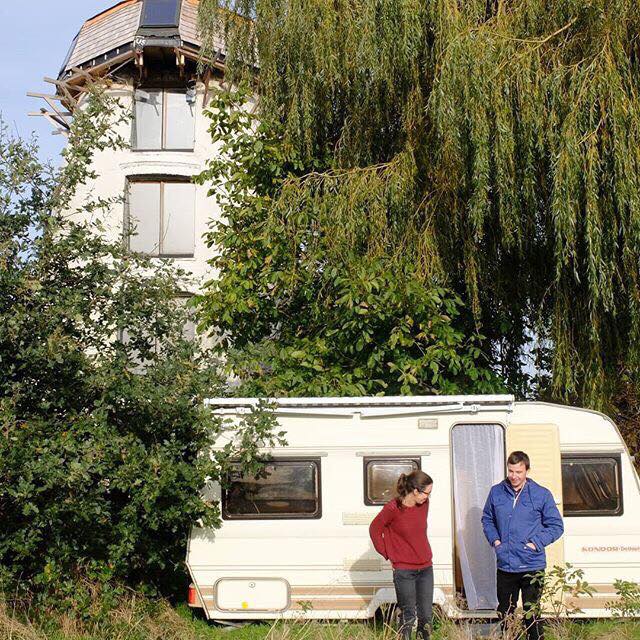 ‘Omaha’ translates perfectly into this format, with the closing half of the song of Rachel’s backing vocals and the building and moving string part offering one of the more high energy moments on the record.

‘Honey in the Whisky’ is the gem of the record, dedicated to the late Sam Prebble, a close friend and band mate.

“I keep wishing we had more time to talk.”

‘The Golden Age’ feels even more nostalgia driven and wistful than it had been on the album last year.

We’re treated to an acoustic version of ‘When You Go’, off Halves with Rachel singing lead. It’s another of the piano driven ballads, and a completely different song than the full band original recording. A true testament to the depth, and beauty, of Great North’s songs that in any arrangement, any instrumentation, the song will shine through.

It’s an album you need to find time to listen to, sip a whiskey, delve into the lyrics and let it wash over you. You can tell we’re fans.